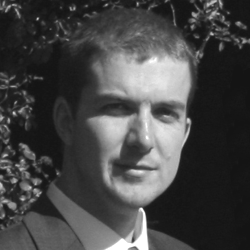 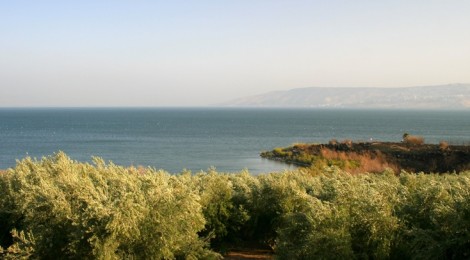 Throughout Jesus’ ministry, he gave teachings in the form of parables. Parables are short stories or explanations intended to illustrate a subject, which usually involve every-day objects or events as analogies. The story itself is just the surface level, but beneath it lies a hidden meaning. Jesus came teaching the good news of the kingdom of God and when he gave parables, they were often illustrations that explained aspects of the kingdom. ‘Jesus went about all Galilee, teaching in their synagogues, and preaching the gospel of the kingdom, and healing all manner of sickness and all manner of disease among the people’ (Matthew 4:23). ‘And he taught them many things by parables…’ (Mark 4:2).

Jesus did not speak in parables in order to aid the peoples’ understanding; he did it to hide their meaning, except to those whom the understanding was given. The mysteries of the kingdom need to be spiritually discerned. ‘But the natural man receiveth not the things of the Spirit of God: for they are foolishness unto him: neither can he know them, because they are spiritually discerned.’ (1 Corinthians 2:14). On one occasion, following his speech to the multitude by the shore of the Sea of Galilee, Jesus gave a private briefing to his disciples explaining the meaning of two of the parables. ‘And he said unto them, “He that hath ears to hear, let him hear.” And when he was alone, they that were about him with the twelve asked of him the parable. And he said unto them, “Unto you it is given to know the mystery of the kingdom of God: but unto them that are without, all these things are done in parables: That seeing they may see, and not perceive; and hearing they may hear, and not understand; lest at any time they should be converted, and their sins should be forgiven them”’ (Mark 4:9–12). Jesus’ explanation of these two parables provides the keys to help unlock the other parables. If we don’t understand the meaning of these parables and their symbolic language, then all the other parables would remain a mystery to us. ‘And he said unto them, “Know ye not this parable? and how then will ye know all parables?”’ (Mark 4:13).

When studying the Bible, one of the most important principles of biblical exegesis is to let the Bible interpret its own symbols. Much of prophecy is only understood by applying the meaning of symbols contained elsewhere in the scriptures. If we read our own symbolic definitions into the Scriptures, we would end up with all sorts of wild interpretations that bare no resemblance to the intended meaning. Although written over thousands of years and by several authors, the books of the Bible are unified through the use of symbols and idioms that are consistent in their meaning. It is one of the key identifying signs of the Bible’s true authorship by the Creator of the universe and is like having God’s fingerprint contained throughout the words he inspired his servants to write.

A tale of two kingdoms

The gospel writer Matthew used the term ‘kingdom of heaven’, whereas Mark and Luke both used the term ‘kingdom of God’. These terms are synonyms for the dominion that belongs to God and is ruled from heaven. Gods throne is in heaven, from which he rules the entire angelic realm and physical universe (Matt 23:22). There is, however, a rival kingdom which is that of the archangel Lucifer. When Lucifer rebelled against God, along with a third of the angelic host, he became Satan the Devil. ‘How art thou fallen from heaven, O Lucifer, son of the morning! How art thou cut down to the ground, which didst weaken the nations! For thou hast said in thine heart, “I will ascend into heaven, I will exalt my throne above the stars of God: I will sit also upon the mount of the congregation, in the sides of the north: I will ascend above the heights of the clouds; I will be like the most High”’ (Isaiah 14:12–14). Satan’s throne and dominion is this earth and as the god of this earth he wields great power and influence. ‘But if our gospel be hid, it is hid to them that are lost: In whom the god of this world hath blinded the minds of them which believe not, lest the light of the glorious gospel of Christ, who is the image of God, should shine unto them.’ (2 Corinthians 4:3–4). As the creator, everything belongs to God, but for the time being the rulership of the earth belongs to Satan. He had the authority to offer the rulership of the kingdoms of this earth to Jesus when he was trying to tempt him in the wilderness. ‘Again, the devil taketh him up into an exceeding high mountain, and sheweth him all the kingdoms of the world, and the glory of them; And saith unto him, “All these things will I give thee, if thou wilt fall down and worship me”’ (Matthew 4:8–9). Jesus would not have been tempted if they were not Satan’s to offer. Effectively what Jesus was being offered was a shortcut to obtaining the throne of the earth without having to go via the cross.

When Adam sinned he put himself, and all his descendants, under the dominion of Satan. In order to redeem mankind back to himself, the Saviour had to come to purchase us with his own blood and bring us out of the kingdom of this world and into his eternal kingdom. Jesus qualified to take the throne of the earth and when he returns he will claim that throne. ‘…Worthy is the Lamb that was slain to receive power, and riches, and wisdom, and strength, and honour, and glory, and blessing’ (Revelation 5:12). ‘And the seventh angel sounded; and there were great voices in heaven, saying, The kingdoms of this world are become the kingdoms of our Lord, and of his Christ; and he shall reign for ever and ever’ (Revelation 11:15).

The message of the Bible is essentially that of two opposing kingdoms. God’s work is to repair the breach with mankind by bringing us under his rulership and ending Satan’s rule. ‘…This is the work of God, that ye believe on him whom he hath sent’ (John 6:29).  ‘He that committeth sin is of the devil; for the devil sinneth from the beginning. For this purpose the Son of God was manifested, that he might destroy the works of the devil’ (1 John 3:8). The story of redemption is primarily told through the nation of Israel, which God chose to be his own people in a special covenant relationship. ‘Now therefore, if ye will obey my voice indeed, and keep my covenant, then ye shall be a peculiar treasure unto me above all people: for all the earth is mine’ (Exodus 19:5). Israel was meant to be an example to all the nations of the earth and was God’s kingdom on earth. However, they went astray and failed to keep the covenant God made with them. God therefore established a new covenant that made available the indwelling of the Holy Spirit to all who would look to Jesus Christ as their Lord and Saviour. ‘If thou shalt confess with thy mouth the Lord Jesus, and shalt believe in thine heart that God hath raised him from the dead, thou shalt be saved. For with the heart man believeth unto righteousness; and with the mouth confession is made unto salvation. For the scripture saith, Whosoever believeth on him shall not be ashamed. For there is no difference between the Jew and the Greek: for the same Lord over all is rich unto all that call upon him. For whosoever shall call upon the name of the Lord shall be saved’ (Romans 10:9–13).

When Jesus baptises us with the Holy Spirit we come under the rule and dominion of God and therefore belong to his kingdom. We no longer belong to this earth and the ruler of it. We have been called out of this world and into God’s kingdom. Jesus said of his disciples, ‘I have given them thy word; and the world hath hated them, because they are not of the world, even as I am not of the world’ (John 17:14). As ambassadors of God’s kingdom we patiently await the return of Jesus Christ to establish his government on this earth and to depose Satan the usurper. Jesus taught his disciples to pray, ‘Thy kingdom come. Thy will be done in earth, as it is in heaven’ (Matthew 6:10). As God’s people, living on enemy territory, we earnestly desire for our King to come and bring his rule to this earth.

Being part of God’s kingdom is not limited to a particular nation any more. The way has now been opened for people of all tribes and tongues to enter. Because the nation of Israel was a type of God’s kingdom, those who are part of God’s kingdom, through the indwelling of the Holy Spirit, are classed as spiritual Israelites even though they might not be a physical descendant of Jacob. ‘For he is not a Jew, which is one outwardly; neither is that circumcision, which is outward in the flesh: But he is a Jew, which is one inwardly; and circumcision is that of the heart, in the spirit, and not in the letter; whose praise is not of men, but of God.’ (Romans 2:28–29). ‘For in Christ Jesus neither circumcision availeth any thing, nor uncircumcision, but a new creature. And as many as walk according to this rule, peace be on them, and mercy, and upon the Israel of God.’ (Galatians 6:15–16). ‘But ye are a chosen generation, a royal priesthood, an holy nation, a peculiar people; that ye should shew forth the praises of him who hath called you out of darkness into his marvellous light: Which in time past were not a people, but are now the people of God: which had not obtained mercy, but now have obtained mercy’ (1 Peter 2:9–10).

When Jesus gave the parables concerning the kingdom of God, he was illustrating the  process of bringing people into his kingdom and the various struggles that would exist between his kingdom and that of Satan the adversary. Jesus taught about who will be allowed in God’s kingdom and who will be cast out. When the meaning of the parables is understood it becomes clear that Satan is out to thwart God’s plans and create as much disruption as possible, either by preventing people entering the kingdom of God in the first place, or by infiltrating God’s people with those under his influence. The next article in this series will look at the two parables Jesus explained: the ‘parable of the sower’ and the ‘parable of the wheat and tares’.

Feature Image: Probable location on the shore of the Sea of Galilee where Jesus gave the Kingdom Parables.